Posted at 16:28h in ExcludeFromSEO by Richard

Patient organisations and pharmaceutical companies working together in communications and advocacy can achieve so much. So what does a truly impactful partnership look like? 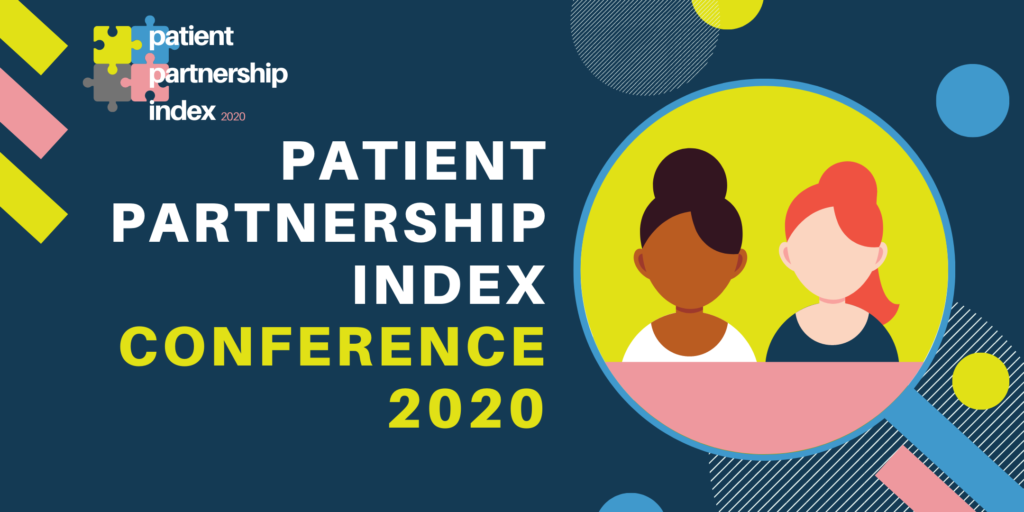 The Patient Partnership Index 2020 is the UK’s leading initiative in patient-centric communications.

Created by health communications agency OVID Health and media partner PharmaTimes, the Index offers pharmaceutical and biotech companies an opportunity to showcase, benchmark and evaluate the quality of their communications and advocacy with patient groups.

After the success of this year’s Index we are holding the first ever Index Conference: bringing together senior leaders from life science companies, patient organisations and the Index’s judges to share tips and thought-provoking insights on patient engagement, advocacy and communications.

Panel 1 – Innovation and Impact: lessons and ideas from the Patient Partnership Index 2020.

Panel 2 – Engagement and Empowerment: how to create partnerships of equals.

Joining Pfizer in February 2018, Natalie began as a Medical Affairs Manager, working in Immunology and Inflammation leading on UK product launches and HTA approvals. She moved to her current role as the UK Medical Lead for Corporate Affairs & Health and Value in March 2019. Her role crosses business units and therapeutic areas, with a focus on patient-centred healthcare policy, systems and value. Natalie is a post CCT ENT surgeon (board certified) with a PhD from the Department of Neurosciences, UCL, in Health Services Research and Policy.

Before joining Janssen, Amanda was Head of Patient Access at Bayer for five years. She also led on healthcare strategy at Roche Pharmaceuticals from 2010 to 2015. Starting off as a Commercial Management Trainee at GSK, Amanda’s career has seen her work for a number of other organisations in the pharmaceutical industry, including Sanofi-Aventis and Abbott Laboratories.

A world leader in sepsis, Ron is an NHS Consultant in Intensive Care, based in Birmingham. As well as being CEO and Founder of UKST, Ron also sits on the Executive Board of the Global Sepsis Alliance. Ron’s expertise lies in translational medicine and leadership. He leads the team responsible for much of the policy and media engagement around sepsis in the UK – as well as internationally – including the adoption of the 2017 Resolution on Sepsis by the WHO.

Richard joined Sarcoma UK as their Chief Executive in July 2018 after eight successful years at Anthony Nolan. Leading an 80-strong team as the charity’s Director of Engagement, he was responsible for overseeing communications, fundraising and marketing, helping the charity to dramatically increase the recruitment of stem cell donors from 20,000 per year to 80,000. Prior to that he was a Director at a health communications agency and spent 11 years as the Director of Policy and Public Affairs at Cancer Research UK.

Prior to becoming General Manager, Nicole led the European Multiple Sclerosis franchise for Sanofi Genzyme, working across over 30 countries delivering treatments to some 70,000 people living with MS. Nicole joined Sanofi Genzyme in 2016, prior to this she worked for Baxter Healthcare as Business Unit Head, enjoying promotion to Managing Director when Baxalta was formed in 2015. Beginning her career as a sales representative selling contraceptives to doctors and family planning clinics, Nicole has also worked for Bayer and Schering Health Care.

Rachel joined OVID Health from GSK, where she led global communications for the inhaled respiratory medicines team. An experienced and well-respected PR leader, she is the former UK Communications Director for GSK and her role is to lead integrated PR strategies for clients. Her background is in science communications and cancer having previously been a Science Press Manager for Cancer Research UK. Rachel has extensive experience of patient engagement and communications and has made championing patient voice in corporate companies the heart of her career.

David Martin joined the MS Trust in 2017, where he has prioritised increasing the number of MS nurses, growing fundraising income and giving the national charity a bigger voice in the sector. David is also Vice Chair of the Neurological Alliance helping ensure neurology services have a higher priority in the NHS. As a former Director at the disability charity Papworth Trust, he focused on increasing the organisation’s impact and effectiveness, using many of the skills he learnt at the BBC where he was an on-screen reporter before becoming a senior manager.

Selina is the highly regarded editor of the industry publication PharmaTimes, a role she took on in 2018. Previous to that she headed up the publication’s online output and also has a background as a research analyst for Evaluate Pharma. Selina holds a degree in human biology and is passionate about putting patients and innovation at the heart of the pharmaceutical sector debate.

Jess Mills is the Founder of the Tessa Jowell Foundation as well as the Tessa Jowell Brain Cancer Mission and co-Founder of ACT for Cancer. The daughter of Labour peer Baroness Tessa Jowell – who sadly passed away from a grade 4 glioblastoma – Jess is a passionate and vocal patient advocate for brain cancer research. Jess is also a professional musician, recording as SLO.

As Head of Education and Development Robert has a key role in developing the Foundation’s services, outreach and impact upon the world of PBC patients. As a passionate speaker, he has presented to audiences in Japan, Israel, Canada, USA, Russia and around Europe on PBC, AILD and liver disease. His main role as information provider means he is in regular contact with patients and their families, clinicians, academics, industry and the general public.

Giancarlo has led Intercept Pharmaceuticals UK & Ireland for over two and a half years, serving as the company’s General Manager since January 2018. He joined the company in June 2017 as the Commercial Operations Director for UK and Ireland before stepping up to head the organisation. Before Intercept, Giancarlo was at Astellas Pharma Europe for ten years in a number of commercial roles, including Senior Director for Europe for their specialist products franchise. He has a PhD in Biochemistry from Imperial College London.

Denis Onyango is the Programmes Director at Africa Advocacy Foundation (AAF). Denis has over 19 years’ experience of grassroots community health promotion work. He is involved in healthcare policy work at a national and international level. Amongst the programmes Denis coordinates includes M-Care, training healthcare professionals working with European migrant communities. He is part of “Nobody Left Outside (NLO)” a current European Thematic Network led by organisations working to improve health service provision for Europe’s most underserved communities.

Jenny began her career as a political journalist and is a respected healthcare communications leader. She launched OVID Health in 2018 and has led high-profile national and global campaigns in-house and agency-side. Jenny is a former adviser to a government health minister and has also worked in think tanks and for the NHS’ trade body, the NHS Confederation. She is a lifelong champion of patient-centricity and has accrued expertise in the area of patient partnerships through her work, as well as through her Trustee roles for health charities.

Jill joined the ABPI in August 2018. Her remit is to champion self-regulation across the industry and with stakeholders; to lead development and evolution of the Code; and to assess requirements for, and deliver, services and support around the Code, including managing the ABPI’s delivery of disclosure. Jill has a background in communications and engagement, with a focus on highly regulated industries at the interface of public and private sectors. She was previously Head of Corporate Communications at HS2 Ltd.

Leena has worked at Gilead Sciences since March 2016. Prior to joining industry, she gained over 15 years clinical experience in Sexual Health and HIV, her last NHS role being at the Royal Free London NHS Foundation Trust as Clinical and Service Line Lead for HIV and GUM. Leena became the HIV Medical Lead for UK&I within two years of joining Gilead Sciences, and is currently a member of Gilead’s global HIV Treatment leadership team. She is a passionate supporter of optimising HIV care to focus on person-centred outcomes.

Roudie is the former Head of Government Affairs at the ABPI and previously worked at Pfizer in UK corporate public affairs where she led on the Life Sciences Industrial Strategy. Prior to joining industry, Roudie was a policy advisor to Boris Johnson as Mayor of London, across policy and strategic development in the health, tech and charity sectors, including securing £200m for a Dementia Research Institute in London. As well as being a champion for patient engagement, Roudie has extensive experience in ensuring community engagement programmes reflect the diversity and range of voices they seek to represent. Roudie is a trustee of the Refugee, Asylum and Migrant Project and started her career as a campaigner at Oxfam.

Sarah Sleet was appointed as CEO of Crohn’s & Colitis UK in March 2019. Sarah is an experienced Chief Executive and has worked with a broad range of health and patient groups and European patient organisations, as well as government advisory and research bodies. She has also built expertise in education, social and economic policy, scientific research, income generation and campaigning.