Double vision – the Life Science Vision, the shopping list and who can make it a reality 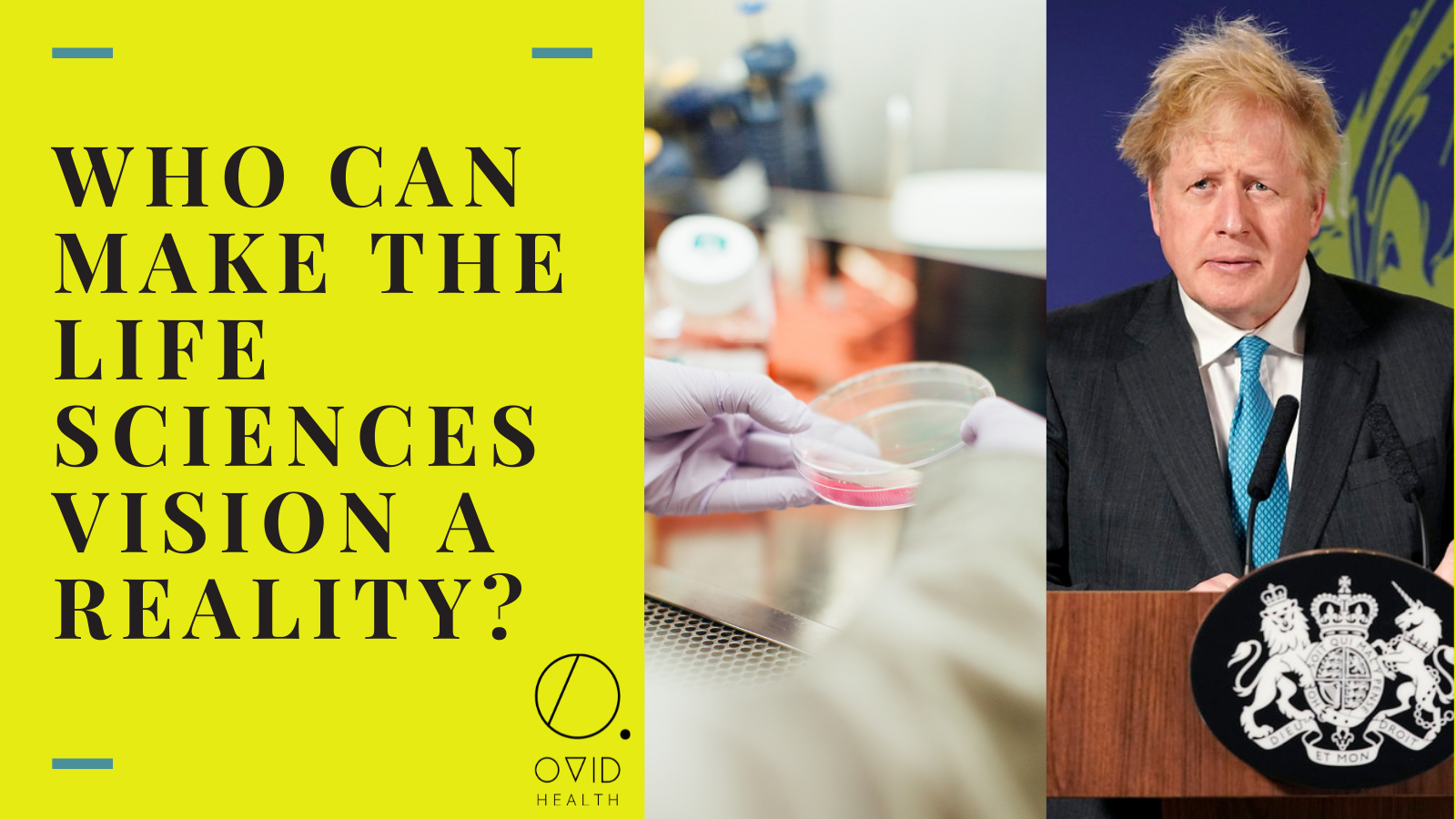 08 Jul Double vision – the Life Science Vision, the shopping list and who can make it a reality

Posted at 12:43h in FrontPage, News by Edward

Boris Johnson had only been Mayor of London for a few months when a global crisis took hold that shaped the life of the capital and its citizens for years to come. In response to the financial crash of 2008, Boris the Mayor knew he needed to nurture industries that could diversify and create jobs and wealth beyond financial services. The front runners were culture, tech and life sciences.

The Mayor’s culture policy was boosted by the upcoming Olympic games and was being led by his trusted Deputy Mayor, Munira Mirza – now his head of policy at No.10. Tech was still an emerging hub in Old Street and was quickly commandeered by David Cameron and his team, leaving the Mayor a ceremonial role to open new tech hubs and accelerators as they mushroomed across the capital, and promote them as a core chapter in London’s economic story as he travelled on trade missions overseas.

Life sciences was a different beast all together. Boris was acutely aware of London, Oxford and Cambridge’s history as world leaders in medical discoveries. He never tired of telling the same joke in every speech – Fleming discovered penicillin at St Mary’s probably due to the prevalence of syphilis after a night out in Paddington (referring of course to the days when the area was reputed for prostitution). I was delighted to see this pun did not make it into the Prime Minister’s foreword to the Life Science Vision published yesterday.

The vision carried on many of the themes from my City Hall days as the Mayor’s Health Economy lead, namely dementia, cell and gene therapy and health data. When David Cameron set out a global dementia challenge as part of his G8 agenda, Boris wanted something more concrete – well bricks and mortar in fact. We lobbied for £200m for a world leading Dementia Research Institute that would accelerate research towards a cure. We secured the funding and the UKDRI is a beacon of global research and translational science in this field. Boris continues his push for cures, evident in both the Conservative 2019 manifesto and this Vision.

On a trade trip to Japan in 2015, where that infamous rugby tackle took place, Boris quietly left the media circus behind to support MedCity – the body he had set up to promote inward investment in London life sciences – at BioJapan to beat the drum for cell and gene therapy research in the UK. He was fascinated by the future potential of this technology and committed to holding onto the UK’s leadership in this field of research. Which is why I am not surprised that the foreword references their transformational power.

But the Prime Minister did not write this Vision. Rather, it was led by Prof Sir John Bell from Oxford University and Sir Jonathan Symonds, Chair of GSK. The Vision, like its predecessor the industrial strategy, is a joint effort by industry, the research community and the health system.

As one senior OLS civil servant put it to me, “it’s evolution not revolution”. Revolution is indeed what this vision lacks. How will we harness the transformative power of treatments such as cell and gene therapies without a massive investment in infrastructure – both places and people – and radical new ways of thinking about how we assess and pay for these game changing treatments? How do we bring the public and the NHS frontline with us on maximising the research potential of health data and what else are we willing to change in the way we assess value to accept that real world data?

In the end, neither Boris nor the Sirs can make this vision a reality.

Rishi Sunak, the Chancellor, has all the power. The vision is unfunded until the spending review in the Autumn. While the Office for Life Sciences sees the vision as its shopping list and are diligently costing it up according to the Treasury green book, the Treasury sees this programme (with the possible exception of medicines manufacturing) in the same bucket as the funding needed to get the NHS back on track.

While George Osborne could be convinced of the merits of a dementia research institute as part of the UK’s life science arsenal, today’s Treasury have heavier books to balance. The one glimmer of hope is that Sajid Javid knows where the money is and how to get it in order to truly back innovation in the NHS. If he can be convinced of the merits of this Vision, then I’m optimistic.